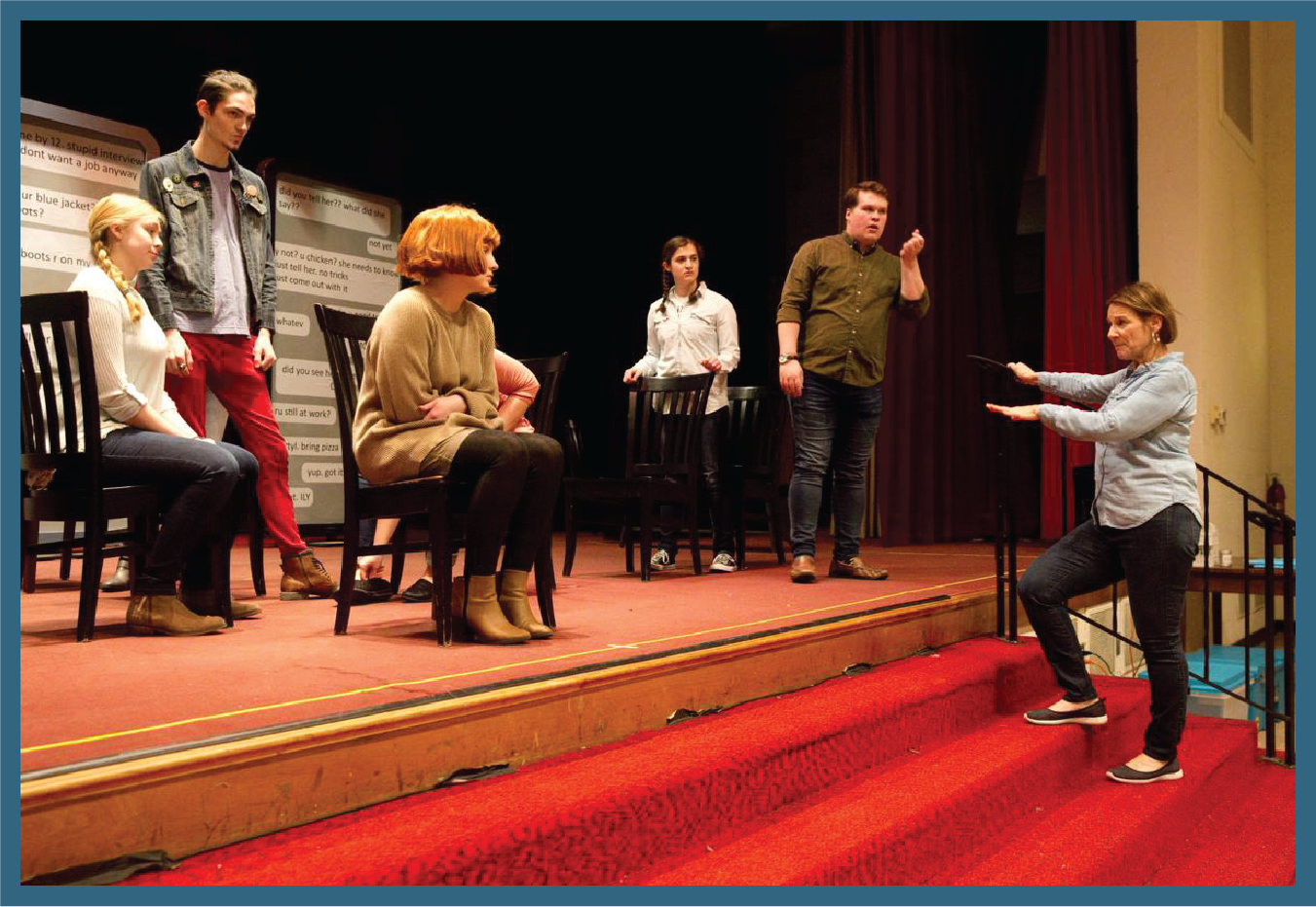 Originally founded as Roanoke Children’s Theatre (RCT) by Pat Wilhelms in 2008, Virginia Children’s Theatre (VCT) has been a vital part of the performing arts scene in the Roanoke Valley (and beyond) for more than 12 years. From its inception and under Wilhelms’ leadership, Virginia Children’s Theatre has always been dedicated to providing high-quality theatre education and entertainment to families, schools and children with year-round programming; crafting new and exciting partnerships and programs that engage our youth in a world of communication, imagination, creativity, empowerment and learning. Under Wilhelms’ tenure, RCT’s productions, tours, educational outreach programming and theatre education classes served more than 396,000 people. Under her leadership, over 7,000 school aged children attended student matinees annually and over 9,000 were served by touring throughout the summer to areas that do not have a professional theatre.

Opening a new theatre during a recession was a risky move, but Wilhelms saw the huge need for a theatre designed specifically for youth and families and felt that filling the void was an important step to take. Wilhelms founded Roanoke Children’s Theatre with quite an impressive history in the performing arts world. Prior to RCT, she was the Director of Education and Outreach at Mill Mountain Theatre for 10 years. Other theatre residencies include: Theatre of Youth Company, Melic and Mime Inc., and Idaho Repertory Theatre. Wilhelms also serves on the Roanoke Arts Commission, as a Board Member at the Burton Center for Performing Arts, and serves as an adjudicator for the Southwest Theatre Conference. 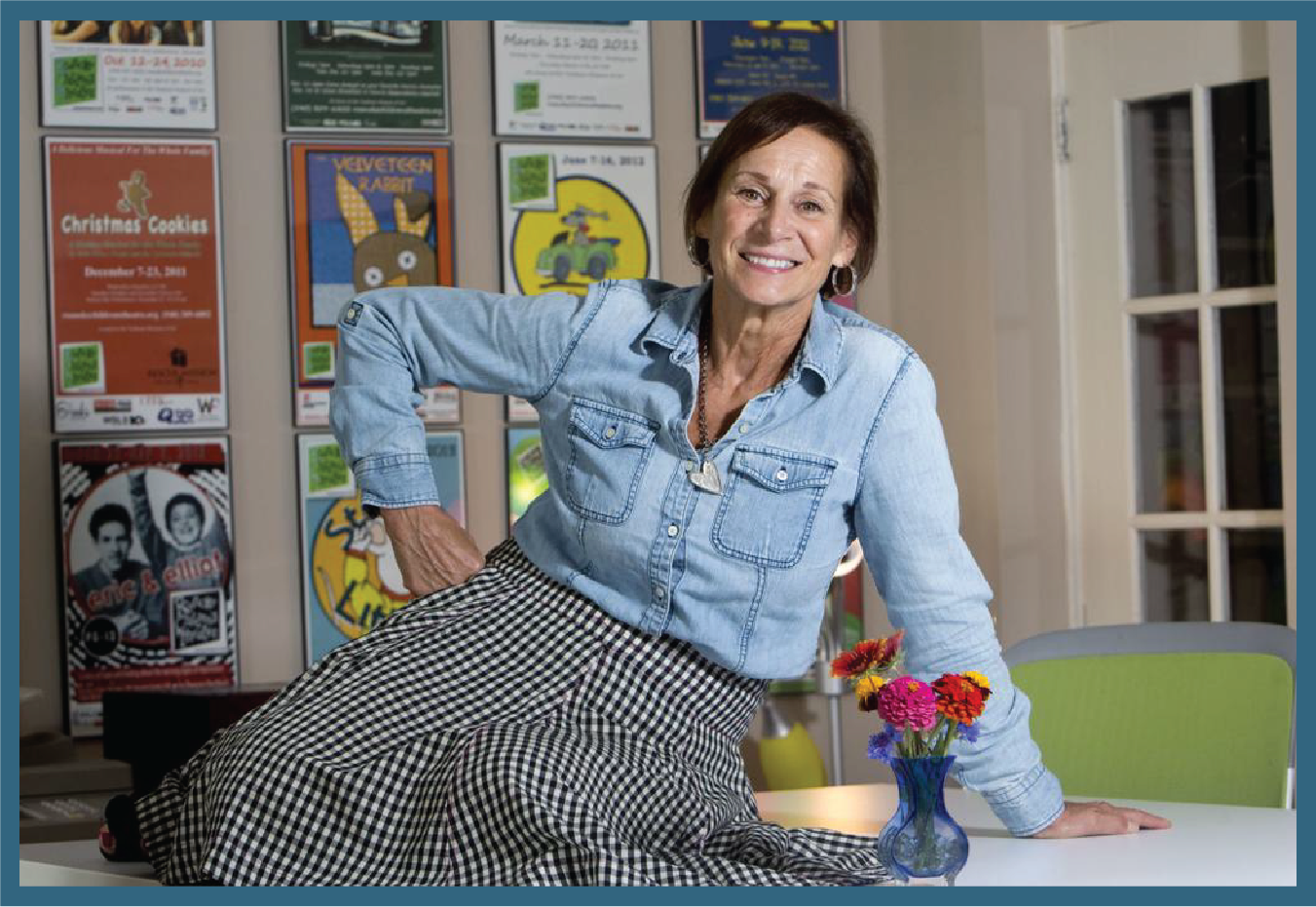 Creating community among other organizations was a top priority while Wilhelms was the Artistic Director of RCT. She implemented programs that toured RCT productions to libraries, community centers and schools, bringing live, professional theatre to families who might not have the financial means to attend. Her mission to produce plays with a literary focus allowed a partnership with Star City Reads to encourage grade-level reading in all children. She was instrumental in creating SOL-compliant in-school residencies for many schools and grades in our community; theatre skills are life skills. Through her creation of the RCT4TEENS program, tough teen social issues such as social media addiction and teen pregnancy have been given a spotlight and students have been connected with agency health professionals. Wilhelms also helped RCT provide access to live theatre and theatre education for kids of all backgrounds and abilities. The access to theatre and arts education has occurred through RCT’s in-school residencies, a partnership with Smith Mountain Lake Good Neighbors and the creation of Kaleidoscope Camp - a camp specifically designed with special needs in mind – for children with autism, learning disabilities, hearing impairments and physical disabilities.

In 2017, Brett J. Roden joined RCT as Director of Education and later took over leadership of the Company, becoming the Producing Artistic Director in 2019. The planned transition allowed RCT to continue to maintain our core values and high-quality production elements and paved the way for the rebranding to Virginia Children’s Theatre.

Roden is an experienced Musical Theatre professional (Music Director, Pianist, Vocal Coach, Teaching Artist and Performer), administrator, business person and inspirer. He prides himself on pushing his team to create an outstanding theatrical experience for students, collaborators and all involved. He resides in Roanoke full time, after moving to the area in 2017 from upstate New York. He received his Bachelor of Arts at SUNY Potsdam & The Crane School of Music, through the (SIIM) Student Initiated Interdepartmental Major, with a degree in Musical Theatre Arts with an emphasis in Music Direction. Roden has served as music director, vocal coach and teaching artist for the Tony Award-Winning Barrington Stage Company, Syracuse Children’s Theatre, Bogardus Performing Arts Center, SUNY Potsdam’s Creative Arts Camp, Patrick Henry Community College (PHCC) Patriot Players, Roanoke City Schools and a variety of school systems throughout New York. He also served as the Opera Outreach Coordinator for The Award Winning Crane Opera Ensemble at SUNY Potsdam for two seasons. He also enjoys singing professionally throughout the Roanoke Valley and beyond!